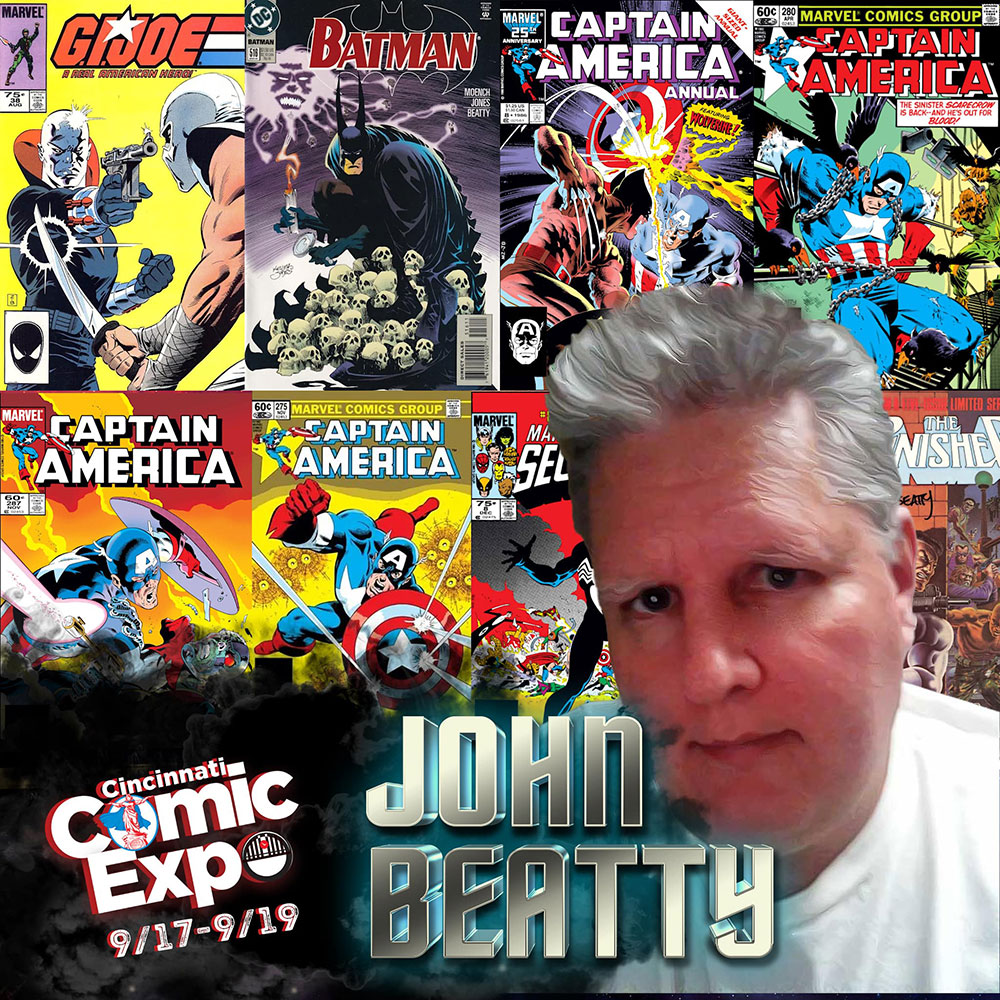 Artist John Beatty will return for the Cincinnati Comic Expo!

With Marvel and DC, John has drawn for dozens of titles in his career. In addition to Secret Wars, John's credits include Batman, Teenage Mutant Ninja Turtles, Captain America, G.I. Joe, Justice League America, Superman, and so much more! 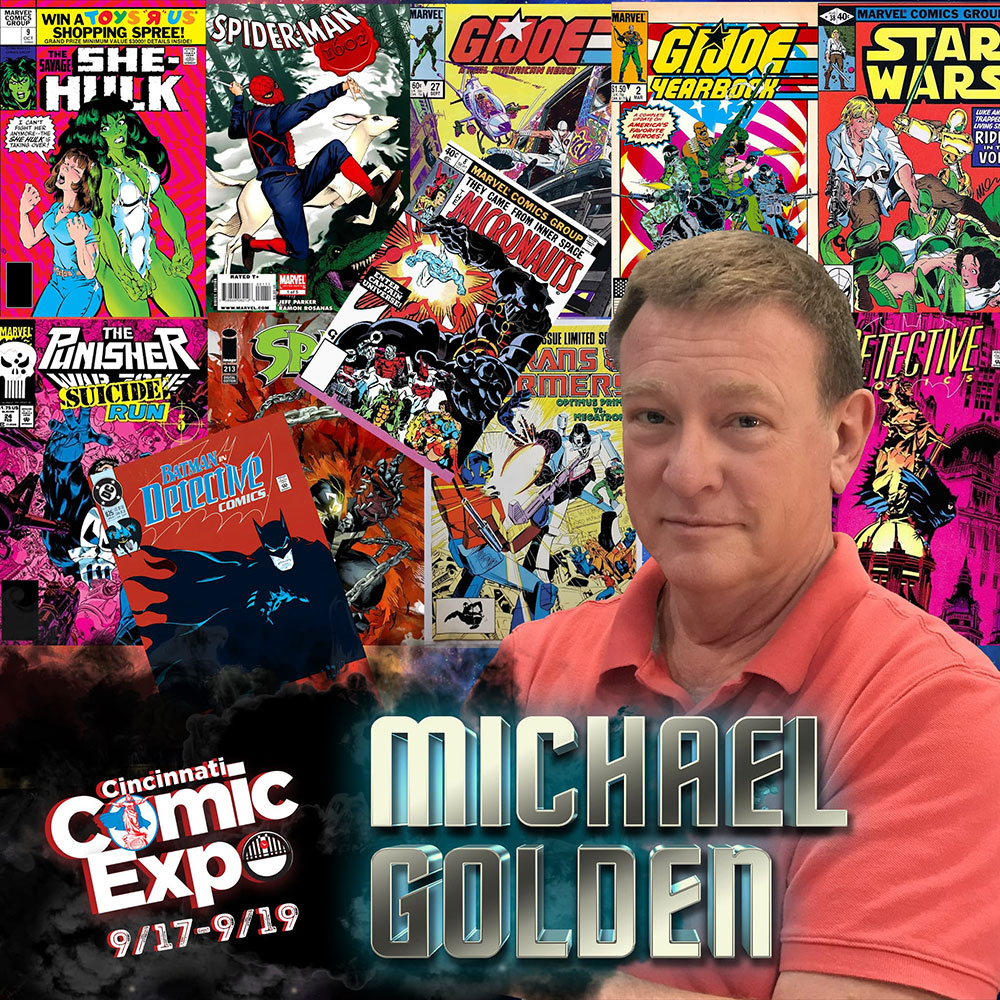 Artist, writer, and creator Michael Golden is the newest addition for the 2021 Cincinnati Comic Expo!

Golden is known for being the co-creator of Rogue and Bucky O'Hare as well as his work on The Micronauts. His other projects include Batman, Birds of Prey, Doctor Strange, G.I. Joe, Star Wars, and others. His cover work has appeared on numerous publications including Detective Comics, The Punisher, and more. 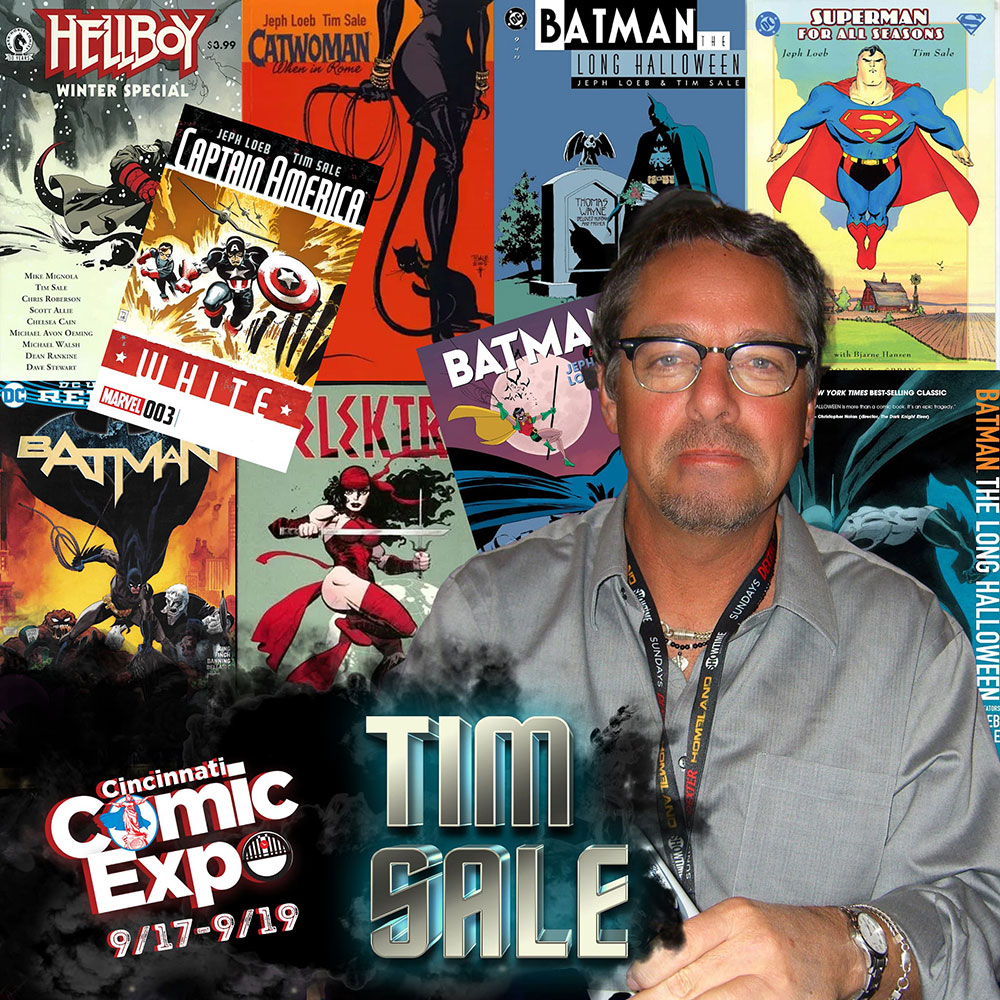 Tim's work can be seen in comics such as the "Year 1"-centered Batman: Legends of the Dark Knight Halloween Specials, [Batman: The Long Halloween, Batman: Dark Victory, as well as Superman for All Seasons and Catwoman: When in Rome.

At Marvel Comics, his work can be seen in Daredevil: Yellow, Spider-Man: Blue, Hulk: Gray and A Captain America: White.

With Darwyn Cooke, Tim launched the Superman Confidential series in 2007.

He also worked on artwork for the television program Heroes, on which Sale's frequent collaborator Jeph Loeb served as a writer and producer. Sale's artwork appeared in the show as the work of the precognitive artist Isaac Mendez, as well as other artists on the show. Additionally, the font used throughout the show in the various captions and credits was created by Sale and was based on his handwriting style. 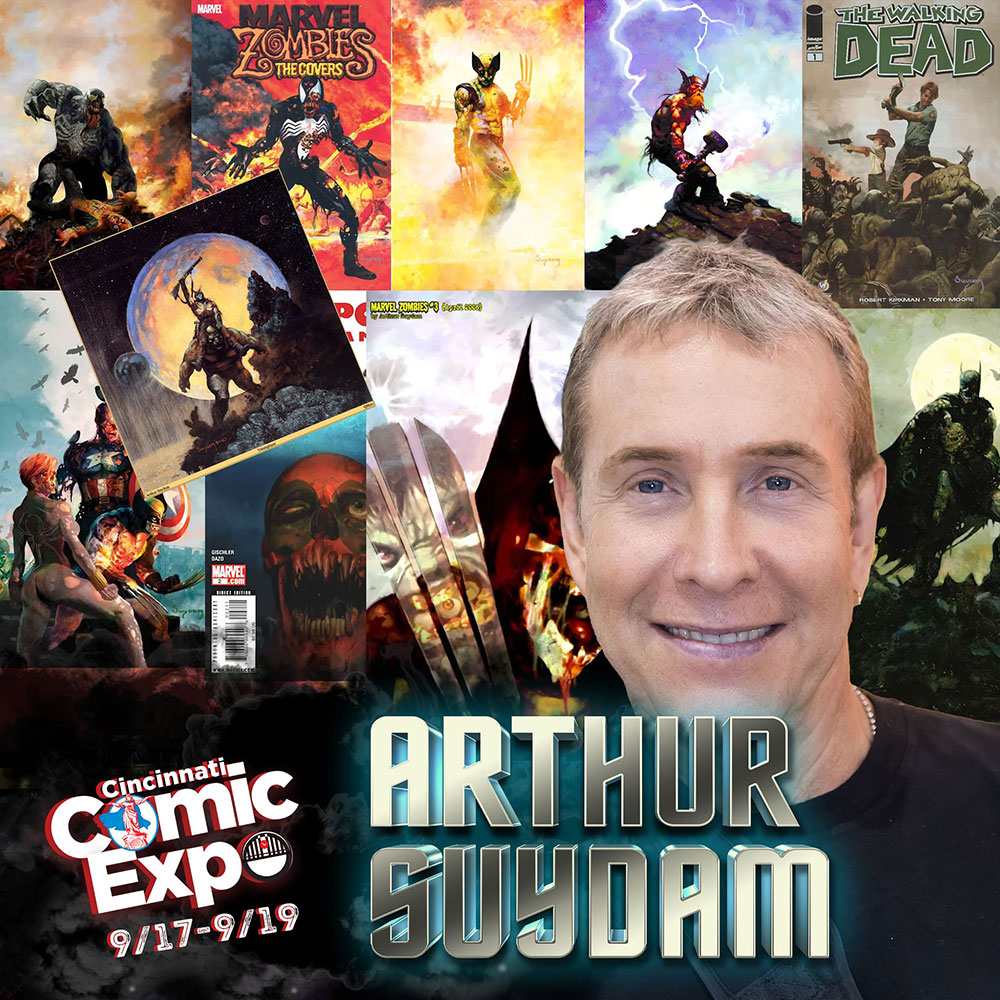 Artist and creator Arthur Suydam will be in the Queen City this September for the 2021 Cincinnati Comic Expo!

Arthur is most recognized as The Zombie King. As a cover artist, his talents have been seen on Marvel Zombies, Deadpool, Batman, Wolverine, Ultimate Fantastic Four, Black Panther, Ghost Rider, The Walking Dead, and others. He has contributed to Army of Darkness, Red Sonja, Conan the Barbarian, Tarzan, Predator, Heavy Metal Magazine, National Lampoon, and more. 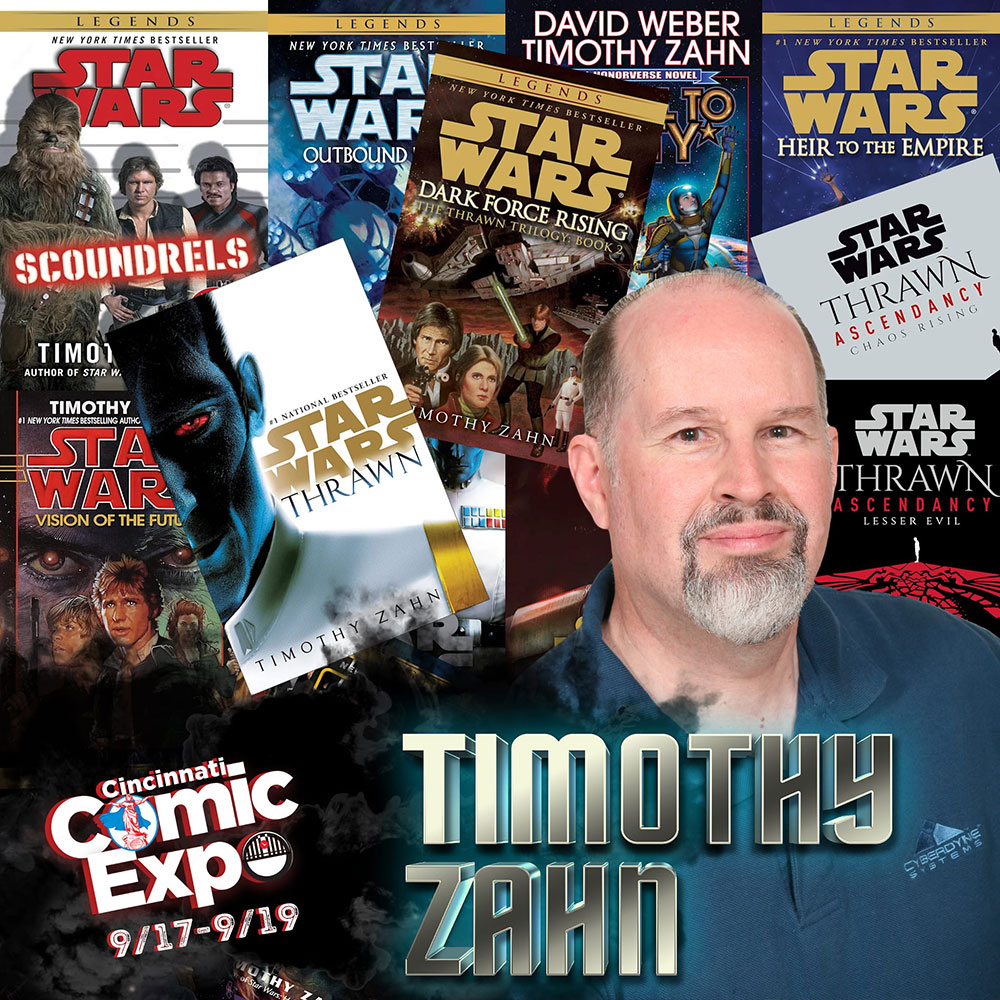 Author Timothy Zahn will be a guest this year at the 2021 Cincinnati Comic Expo!

Timothy Zahn is well known for his Star Wars novels, including the Thrawn trilogy (New York Times best sellers), The Hand of Thrawn duology, Outbound Flight, Choices of One, and Star Wars: Thrawn.

His latest books are Star Wars: Thrawn: Treason; Knight: Sibyl’s War Book 2; and A Call to Vengeance, the third of the Manticore Ascendant series with David Weber and Thomas Pope.

His Upcoming books include Queen: Sibyl’s War Book 3, A Call to Insurrection, and Star Wars: Chaos Rising, the first of the Thrawn: Ascendancy trilogy.

HURRY UP! Get Your Tickets Today!