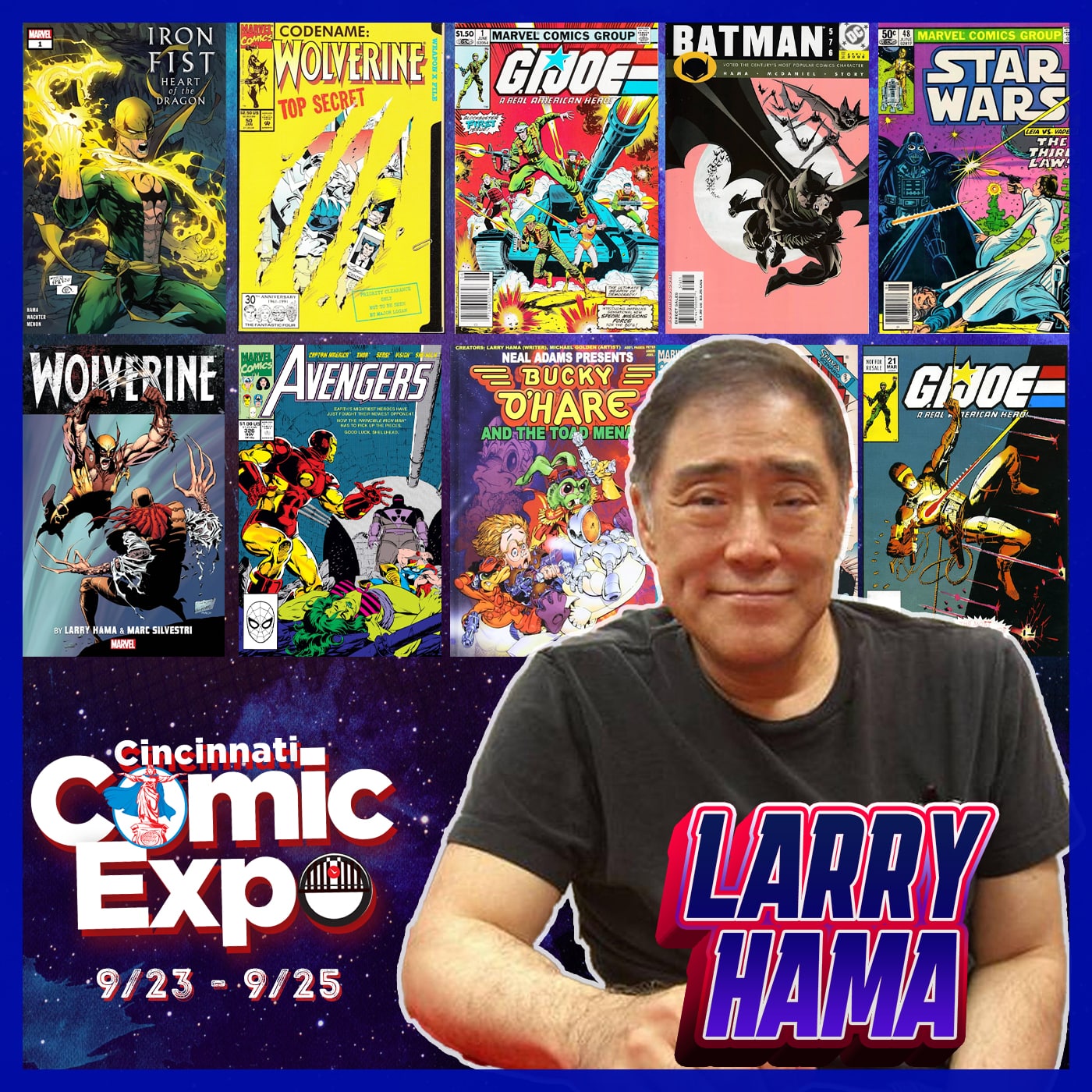 Comic Artist & Writer Larry Hama will be at the 2022 Cincinnati Comic Expo!

Larry is a writer and editor for Marvel Comics, where he wrote the licensed comic book series G.I. Joe: A Real American Hero. He has also written for the series Wolverine, Nth Man: The Ultimate Ninja, and Elektra.

He co-created the character Bucky O'Hare, which was developed into a comic book, a toy line and television cartoon.

Larry is also an actor, and has had roles on M*A*S*H and Saturday Night Live, as well as Broadway roles in "Pacific Overtures".

HURRY UP! Get Your Tickets Today!